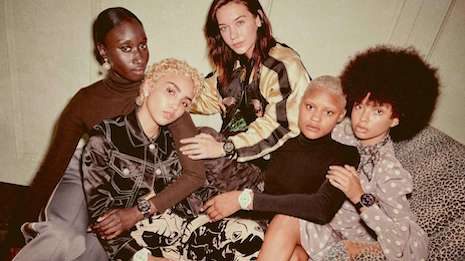 Multicultural marketing efforts remain rare, although these consumers make up 40 percent of the population in the United States.

Despite increased investments, advertising spend on multicultural media is disproportionate to the population of that audience, according to research from the Association of National Advertisers. Nearly $26 billion was spent on multicultural marketing in 2018, with television being the most popular media platform.

“This is a landmark study that clearly shows most companies are missing an opportunity by not focusing more of their marketing efforts on multicultural consumers,” said Bob Liodice, CEO of the ANA. “The report reveals an opening for new ways to drive growth and offers a roadmap for how advertisers can compete more effectively.”

The study, conducted by PQ Media on behalf of the ANA’s Alliance for Inclusive and Multicultural Marketing, tracked six advertising platforms, focusing on African-American, Asian-American and Hispanic-American audiences.

Diversity in advertisingOut of all advertising and marketing spend, only 5.2 percent is dedicated to multicultural media investments. In 2018, spending increased 5.6 percent year-over-year to reach $25.86 billion.

The majority of multicultural spending, nearly $18 billion, targeted Hispanic audiences for annual growth of 5.3 percent. However, based on 2017 U.S. Census Bureau figures, 18.1 percent of the overall audience is Hispanic.

Spending on Asian-American audiences increased 7 percent, the highest among the three demographics, though it lagged far behind in dollar value with $722 million spent. About $7.2 billion was spent on targeting African-American consumers, a jump of 6.1 percent.

While the majority of Hispanics in the U.S. are bilingual or speak Spanish, numerous Asian languages are spoken by large populations, which can make native language marketing more challenging.

Branded content and influencer marketing each accounted for less than $1 billion of advertising revenue. Both categories are expected to see growth of 11.6 percent, compared to television’s 5.5 percent growth.

Representation mattersLuxury marketers are missing out on growth opportunities by neglecting to advertise to diverse audiences.

Multicultural marketing is more apparent among premium automakers, but even the spending in that sector is far from representative.

Automotive advertisers spent less than 10 percent of their global data budgets in 2018 on multicultural audiences. These audience segments include consumers who are immigrants or speak multiple languages at home (see story).

Despite the limited investment on these audiences, luxury automakers often share spots that have universal appeal and feature diverse consumers.

For instance, Toyota Corp.’s Lexus emphasized the connectivity of its new vehicles with a fresh campaign that also highlighted the connections among drivers and their cars. The multicultural spots were created with black, Spanish-speaking and LGBTQ+ audiences in mind to extend the engagement of Lexus’ original ES campaign (see story).

ANA’s study did not include figures for LGBTQ+ audiences due to cross-demographic messaging.

In the fashion and jewelry spheres, Tiffany, Louis Vuitton and Gucci are succeeding with millennial forward-facing immigrants, as recent research finds this consumer segment seeks quality and prestige in their luxury goods.

A report from MVI Marketing notes that Asian Americans and Hispanic consumers want to feel valued by retailers, looking for brands to provide services such as personal styling and after sales support. To reach these sophisticated, selective shoppers, luxury brands can appeal to their desire for status (see story).

ANA expects multicultural marketing spending to continue to increase, as more brands recognize the opportunities to attract new consumers. The category is on pace to grow 4.5 percent in 2019, surpassing $27 billion.

“Multicultural media is an important concept for brands to embrace if they want to increase market share,” said Patrick Quinn, CEO of PQ Media. “Multicultural customers – African-Americans, Asian-Americans and Hispanic-Americans – are the fastest growing demographic, but they are under-represented in media buying.

"Brands need to shift away from bland, generic total market messaging and concentrate on delivering culturally relevant copy in media that are being seen by multicultural audiences.”