CIIM™ (Cultural Insights Impact Measure™) is a new metric that identifies the impact and effectiveness of cultural insights in ads and programming and how these have the potential to affect sales lift.

Scores attributed to creative and programming tested will be based on a 200 index, with the intent to gauge the extent in which culture may lift brand growth against an overall industry norm.

Cultural Inclusion Accelerator Webinar Series: Best-In-Culture Content/Networks - What you Need to Know About Cultural Context Before the Upfronts

CIIM™ Reveals the Most Culturally Relevant Shows and Networks

Understanding Your CIIM™ Dashboard (Members Only)

Since 2020, CIIM™ has been evaluating consumers’ perception of cultural authenticity across seven audience segments in hundreds of TV, streaming, and digital native programming. With over 275K evaluations across shows, & films, CIIM™ has validated that authentic portrayals of culture can lead to higher viewer preference.

Cultural Insights Impact Measure (CIIM), is a leading metric that validates the impact and effectiveness of cultural insights in ads and programming, making a direct correlation between cultural relevancy and business performance -ad effectiveness and purchase intent.

What is the objective of CIIM?

Determine the extent to which culture in ads and programming may lift brand growth.

Why is CIIM important?

According to ANA-AIMM's 2018 Multicultural & Total Market Benchmark survey, while about 70% of marketers advertise to an MC&I segment, only 1 in 8 (16%) embeded cultural nuances in their communications approaches -clearly indicating the value of culture in advertising remains unknown. On the other hand, according to a global IPSOS study, 63% of people don't see themselves reflected in ads and 60% don’t see their community of friends, family and acquaintances represented accurately. Having companies understand how well their ads are resonating with segments via the impact of culture will give them the ability to maximize connections and impact growth.

What cultural drivers does CIIM consider?

What type of creative units can be tested?

CIIM™ is 100% media agnostic. Marketers may test video, social media, audio, print, OOH. Advertisers are pre-testing semi-final ads (animatics to rough-cuts) as well as final campaigns to be aired or in the air.

What type of creatives are being tested?

Many brands are testing the cultural relevancy of their General Market campaigns, contrasting the relevancy of creative with diverse casting without MC cultural nuances against targeted, more ganuine and culturally-rich depictions of MC&I segments to understand how to optimize relevance and purchase intent in the future. Other brands are testing all their MC&I segmented efforts.

What is considered an “Ad”? Is it a single unit? Can it be a compilation of all creative associated with a campaign?

An ad is a single ad unit of exposure (stimuli) for a brand. A campaign with several separate ads would be not be considered a single unit. The exception would be a Social Media posting that leads to a video and an engagement screen where several of these could be animated to complete a single exposure in :30 seconds or less. Keep in mind that the consumer needs to evaluate ad effectiveness and cultural attributes, thus, a full campaign with several ads would not lead to a precise single score.

What is the methodology for CIIM?

Every ad is 'forced' exposed to 200-260 participants (depending on language and type of creative) who pass a specific screener. Every ad is tested against a primary target sample of 100 and a control group of 100-160 (except in-language efforts) so that for every ad, CIIM scores can be generated for WNH, African American, Hispanic, and Total Market. The ad measures standard industry questionn on ad effectiveness and a proprietary cultural relevance algorithm. Ads are not show in context of shows as this may biased the perception of the evaluation of the ad.

What segments are included?

What industries are represented?

Is the CIIM algorithm proprietaty?

Yes, the testing algorithm is proprietary.

What is the submission process?

Please request submission form by clicking here. You may submit your completed forms with the downloadable digital links to Sofia@santiagosolutionsgroup.com

When can ads be submitted?

CIIM is open for testing on a rolling basis. ads are tested in groups of 5 or more and there could be a wait for smaller segments.

In what format do ads need to be submitted?

Please submit digital links of videos that can be downloadable per the submission form.

What is the turnaround time for testing?

The turnaround is typically 2-3 weeks and could be a little more for specialized segments. Every ad in English will receive a CIIM score for WNH, Hispanic English, African American and Total Market.

Yes, non- AIMM members can submit ads for testing. Prices will be 40% higher than published rates for members.

Is qualitative feedback offered along with the quantitative score?

How does CIIM apply to Media Networks and Content Developers?

CIIM can help increase quality of context connection with Multicultural and Inclusive audiences by developing characters and storylines that authentically reflect MC and diverse audiences.

- Individual CIIM scores will only be shared and disclosed to entity who submitted ad.

- Aggregated results in the form of norms will be shared with AIMM and marketing trade in study findings, webinars, meetings, conferences.

- Best In Class ads will be invited to disclose their ads and results and only shared publicly with a written agreement.

- Any Sector/category/sub-group results will be shared in aggregate when 5+ ads are in a group so as to protect proprietary nature of scores/results.

- All names and logos of companies/brands submitting ads will be disclosed in AIMM material and presentations.

How does CIIM apply to Agencies?

CIIM can be leveraged to drive improvements in cultural relevance and ad effectives KPIs. Creative executions can be tested at any stage in the process, allowing brands to make changes if/when necessary before going to market

How does CIIM apply to Advertisers/Client-side marketers?

CIIM can be used to set brand performance standards across all creative and media in order to track progress over time.

How does CIIM apply to Media Planners?

CIIM content scores can be incorporated in plannig to balance reach and frequency with quality cultural connection. Through CIIM tested spots and CIIM tested scores, planners can place the right ad in the right program in order to maximize purchase intent and even ROI

Is CIIM for U.S. based ads only?

CIIM is U.S. based ads only for now altough the algorithm is applicable on a global scale so we expect to invite international creative to test their spots soon

How will specific brand names be mentioned or masked in final reports released either internally to AIMM members or externally?

- Individual CIIM scores will only be shared and disclosed to the entity who submitted the ad unit.

- Any industry sector/category/sub-group results/norms will be shared in aggregate when 5+ ads are in a group so as to protect proprietary nature of brands.

- Brand names in study charts will be masked at all times unless brands have given written prior approval.

- Any public list of brands CIIM tested for educational/promotional purposes will only reflect brands that have given written permission to use their logos in our material.

- Best-In-Culture ads/case studies may be invited to disclose their ads and/or quartiles/or scores but only will be shared after written permission is given.

Would a submission of an in-culture or ad in Spanish be meaningful for the study if it didn’t have a GM ad for comparison?

A direct non-cultural GM comparison is recommended but not essential for each submission. Advertisers will get their score versus aggregated norms from other submissions.

Media viewing language behavior, not language preference at home, drives the language composition of the spot exposed to the corresponding evaluation sample. In other words, for Hispanics, we expose ads (English or Spanish) according to the TV & video viewing language habit of the respondent specifically as follows:

Some portions of HSMV (Spanish Mostly viewers and Equally Spanish & English viewers) will see English ads, however, a Spanish Only media viewer will not see an English ad.
Similarly, some HEMV (English Mostly and Equally Spanish & English) will see Spanish ads, however, an English Only media viewer will not see anEnglish ad.

Hispanic Bilingual Media Viewers is uncommon as a primary target because ads are mostly in one of the two languages with a tagline/call-to-action in the other. Having said that, all spots, whether in English and Spanish, will have HB viewer scores in the Dashboards.

The resulting samples are minimally weighed according to the precise proportions.

“HE” is “Hispanic English,” “HS” is “Hispanic Spanish,” “AA” is “African American,” “TMW” is “Total Market Weighted,” and “WNH” is “White NonHispanic.

The Total Market Weighted and White Non Hispanic scores might be similar at times because it weighs White Non-Hispanic, Hispanics, AfricanAmericans, Asians and Other to the corresponding proportion in the US adult population at large.

How do CIIM scores work? What do they mean? How do I read them?

CIIM scores range from 0-200 where 0 marks negative cultural reflections/offensiveness, 100 marks the point of neutrality/indifference, and 200marks the utmost cultural relevancy/accuracy. Having said that, we relate CIIM scores to marketers in terms of quartiles because each quartile has a purchase multiplier effect.

The ranges for each quartile are specific to each segment because perceptions, evaluations, and the distributions are unique to every segment. Having said that, the floor of the second quartile marks the segment midpoint for every segment as follows:

While these are just the current midpoints of CIIM scores by segment, they correlate with a purchase intent that is about 2x that of scores in the bottom quartile. Brands are setting performance goals based on where their base line is. Some are just moving from diverse ads to embedding cultural insights and setting a second quartile goal while others that may have been more familiar with insights for another segment are setting 1st quartile goals.

For those identified as consumers with a disability in your database, are various types of disabilities (e.g. mental and physical) considered one homogenous group, or are their sub-segments within the disability group?

Disability is tested as a homogenous group in the standard CIIM™ questionnaire, however we are able to customize the screener or include a specific screener in testing. Pricing will depend on LOI, programming, flow logic, resulting incidence, sampling changes, and specialized analysis and reporting.

Is the Industry Index always among Total Market Weighted, or does that change based on the Target Segment?

For your ad effectiveness metrics, is there a measure of how well an ad is branded (e.g. does the brand come through strongly)? 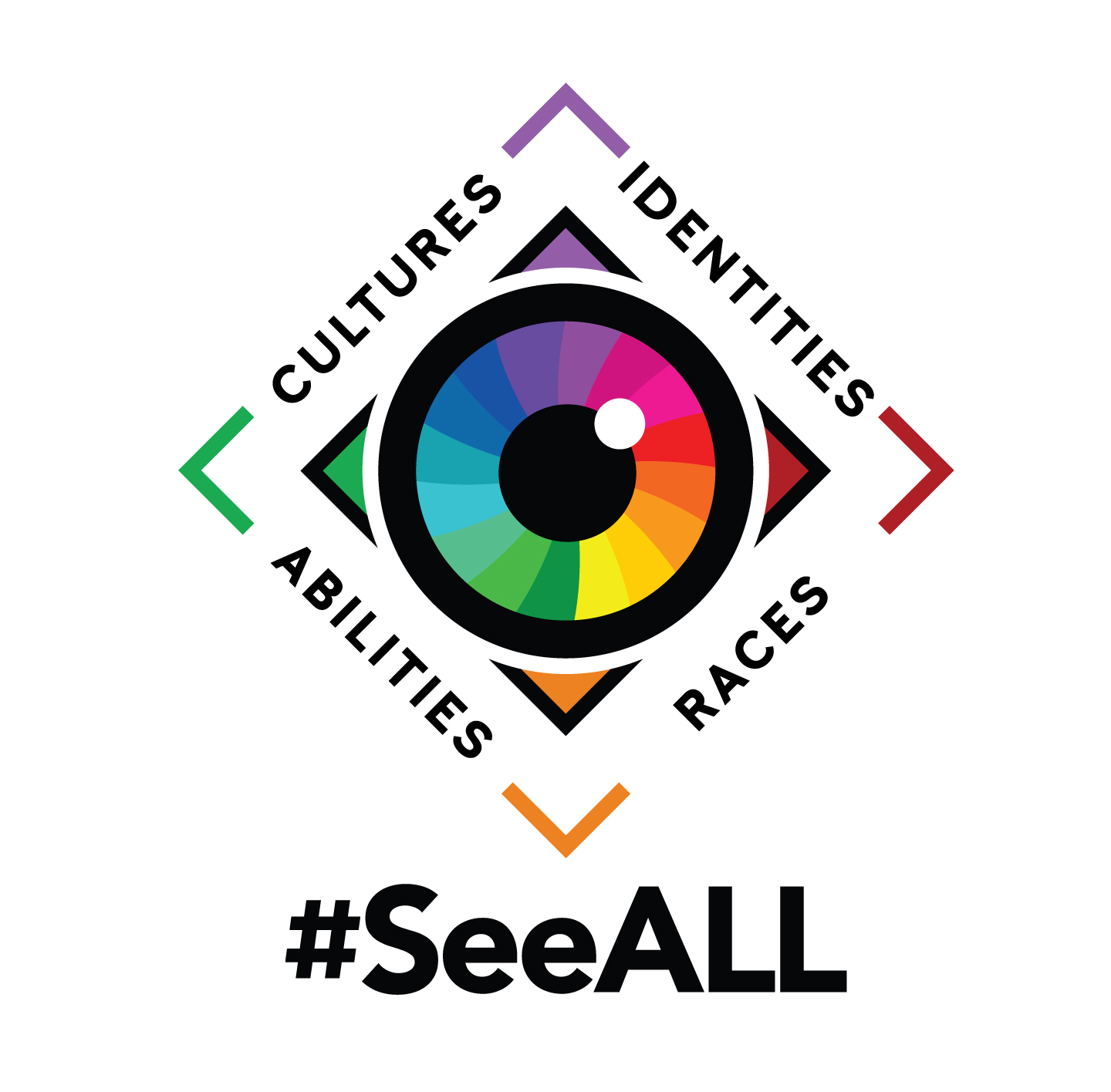