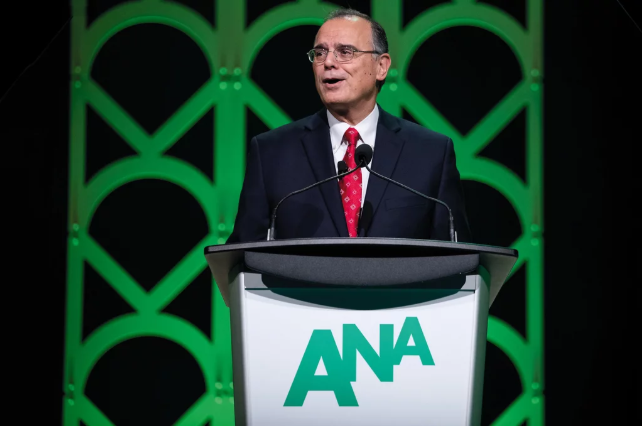 For the past several years, Association of National Advertisers CEO Bob Liodice has kicked off the group’s largest conference of the year by ticking off a laundry list of issues plaguing the industry, including the opaque digital media supply chain, ad fraud and the ANA’s long-running fight with media agencies over transparency in contracts.

But on Thursday, as he opened this year’s “Masters of Marketing” at the Rosen Shingle Creek resort in Orlando, Liodice abandoned the typically combative tone in favor of focusing on a single issue: diversity.

He urged the trade group’s members to make multicultural marketing a priority by plugging several ANA initiatives, such as “#SeeALL,” a new program aimed at getting marketers to better target multicultural communities. It is an offshoot to the long-running #SeeHer” initiative that seeks to boost by 20% the accurate portrayals of women and girls in U.S. advertising and media by 2020.

“SeeALL” is led by the ANA’s Multicultural Marketing and Diversity Committee, which has also launched a new “cultural insights impact measure.” The metric, known as CIIM, “identifies the impact and effectiveness of cultural insights in ads and programming and how these have the potential to affect sales lift,” according to a September blog post by the ANA’s multicultural marketing chairperson Gilbert Dávila.

“When you infuse cultural insights into your advertising … you can actually generate a lift in sales … and that is what this is all about—to be able to dive growth while we are being purposeful marketers,” Liodice said in his speech.

On the growth front, Liodice delivered positive news, saying that eight in 10 Fortune 500 companies grew revenue  last year, while six in 10 grew after-tax profits. That is an improvement over recent years, during which roughly half of the companies on the list have experienced declining after-tax profits. “Our job now is to institutionalize that growth and ensure it’s not just a one time event,” Liodice said.

But when it comes to multicultural marketing as a growth lever, the industry has a long way to go. Multicultural consumers comprise nearly 40 percent of the total U.S. population, but multicultural media investments make up only about 5 percent of total advertising and marketing spending, according to a study published in August by the ANA’s Alliance for Inclusive and Multicultural Marketing.

Also, more than 60 percent of Fortune 500 companies are spending less than 1 percent of their of their advertising budget on segment-specific targeted media, according to the ANA. The trade group is “prioritizing inclusion and equality as a call to action for corporations looking to drive incremental growth,” Dávila said in the September blog post.

Liodice in his speech played a video featuring several chief marketers touting multicultural marketing, including Target marketing chief Rick Gomez, who remarked that “prioritizing the multicultural consumer: it’s no longer a nice to do, it’s a must-do.”

Left unsaid in Liodice’s speech is the failure by companies to promote people of color to top marketing jobs. Only nine of the chief marketing officers at the nation’s largest 100 brands and companies were minorities, down from 11 CMOs in 2017, according to a recent study from executive recruitment firm Spencer Stuart. Also, none of the 18 CMOs hired last year were minorities.

The lack of diversity in senior positions is apparent at this year’s conference: an overwhelming majority of the 3,000 people attending the event are white.