Brands Get A New Metric To Assess Cultural Relevance 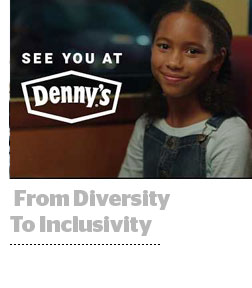 When ads positively portray people from a racial or cultural group, or contain cultural insights that resonate with members of that group, they measurably boost brand KPIs such as purchase intent, brand loyalty and brand relevance.

But efforts to measure cultural inclusivity are in their infancy. One such effort – a new panel-based metric called the Cultural Insights and Impact Measure (CIIM) – is the result of a year-long project spearheaded by the Alliance for Inclusive and Multicultural Marketing (AIMM).

At the end of this month, in time for this year’s (virtual) upfronts, brands can use the CIIM metric even if they’re not a member of AIIM.

The CIIM metric allows brands to measure the presence of culturally specific values in an ad, as well as the TV program where the ad appears.

The approach goes a step beyond multicultural casting, taking into account how the content makes a viewer feel about their culture.

“Many marketers believed they were doing multicultural marketing but in fact they weren’t using any culture in their outreach to this segment,” said AIMM President Carlos Santiago. Using CIIM addresses this gap.

During an initial test of the metric with 10,500 respondents and 150 ads at the end of last year, the ads judged most culturally inclusive increased purchase intent by 300% compared to ads in the bottom quartile of the rankings. Brand perception doubled, and ad effectiveness doubled or tripled.

With those benchmarks in place, a brand can now find out where its ad falls in terms of cultural representation.

P&G brand Gillette, for example, created an ad starring pro linebacker Shaquem Griffin that scored highly. In the ad, Griffin learns about shaving and football from his dad.

When a brand creates a new TV commercial, it can use CIIM to test how a diverse panel of consumers responds to the ad. If an ad is intended for a Hispanic audience, a general audience or non-target group will fill out a questionnaire about the ad in addition to a Hispanic segment for whom the ad was intended.

But as brands face more immediate marketing concerns in the wake of the coronavirus outbreak, why should they devote attention to making their ads culturally inclusive?

“Marketing budgets will most likely have to work harder than ever” as consumers tighten their wallets due to the pandemic’s economic impact, said Lisette Arsuaga, co-founder of AIMM, which is part of the ANA. “Consumers will likely become more discerning about where and how to spend their money, what brands align with their values and which products are most relevant to their lifestyles.”

The CIIM metric also asks panelists to judge TV programs based on how a show portrays their race or culture. The mere presence of members of a cultural group isn’t enough to achieve a high score. A show with negative portrayals of a group (such as Latinx actors playing drug traffickers), or with tokenized portrayals of cultural groups might be given a low score.

To guide marketers’ upfront investments, CIIM measured the top 60 shows among African American and Hispanic audiences as well as the general population. Some shows are clearly targeted to one group, such as “Black-ish” or Spanish-language programming such as “Amar a muerte.” Others targeted a general audience with diverse casts, such as “Chicago Fire,” “America’s Got Talent” and “9-1-1.”

Media agencies trying to place an ad designed to resonate with a specific cultural group can use these CIIM metrics to guide their programming decisions.

That said, it’s hard to make an ad resonate across every single segment. Out of the 150 ads measured, only seven ads scored in the top quartile across all segments, Santiago said. “Trying to appeal to all is very difficult.”

That’s where better targeting can come in. Showing different ad creatives to different segments can supercharge marketing across multiple groups, allowing them all to see how the brand represents their cultural values.

CIIM’s ultimate goal is to make the case that more culturally specific marketing is a solid business decision. “Consumers connected more deeply with content and ads that reflect their culture genuinely,” Santiago said. “And we have evidence to prove it.”