A survey of 11,000 people shows inclusive connections with consumers have big payoffs 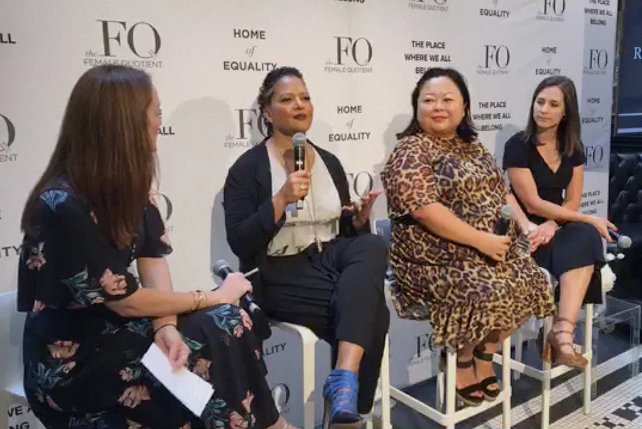 Marketers looking to improve the inclusivity of their campaigns have a new tool—and new reasons to use it. On Monday, the Association of National Advertisers released the Cultural Insights Impact Measure, a metric that gauges the cultural relevance of an ad and the extent to which it reflects genuine insights that speak to consumers of all backgrounds.

An accompanying survey from the ANA’s Alliance for Inclusive and Multicultural Marketing also shows that ads that score well on the CIIM ranked 2.6 times higher on brand relevance, and viewers who saw them were twice as likely to recommend the brand, 2.7 times more likely to try the brand for the first time and 50 percent more likely to repurchase.

“What truly defined ‘culture’ was the perception of the respondents. It’s in the eyes of the beholder, not what the client or the advertisers necessarily want it to be,” says study lead Carlos Santiago, co-founder of AIMM and president of Santiago Solutions Group. (Advertisers don’t get much credit for trying to be relevant and failing. Looking at you, Pepsi.)

CIIM was developed in partnership with NBC Universal, using a 20-question survey administered to more than 11,000 respondents across multiple audience demographics, including Hispanics, African Americans, Asians, the LGTBQ community and the disabled community. About 30 percent of respondents identified as non-Hispanic white.

Each person watched three ads—one aimed at their particular demographic and two that were randomly selected, maybe aimed at another demographic or at the general population. They used a 7-point scale to rate each ad on multiple metrics. “The most important components that were tied to impact were authentic portrayal, positive role models, cultural values, inclusion of race and ethnicity, cultural pride and respect of culture,” Santiago says.

The results are also applicable beyond traditional ads. “Viewers don’t relax standards either for content or for commercials,” says Laura Molen, president, advertising sales and partnerships at NBCU. “So when the show breaks for a commercial, they’re holding the same standards. We are working in partnership with marketers so we’re all using the same benchmark.”

With the CIIM metric, NBCU hopes it will be easier for creators to figure out whether their work speaks to people who have traditionally been overlooked. “We’ll meet with our content creators as well as our marketing teams and showrunners so that they understand what the affinity measures are that the CIIM score will be looking at,” Molen says.

The release of the metric also kicks off #SeeAll, a multicultural continuation of the ANA’s #SeeHer initiative that was focused on gender equity in ads. At Advertising Week New York on Monday, the Inclusive Marketing Effect panel introduces CIIM at the Female Quotient Lounge at Sugar Factory. The panel will also be broadcast live on the Female Quotient's Facebook page. The campaign is taking over most of the digital ad space in New York’s Times Square, and the New York Times is running an open letter for the campaign, signed by more than 20 chief marketing officers.