INCLUSIVE PROGRAMMING HAS MADE SMALL BUT HOPEFUL PROGRESS, ANA FINDS 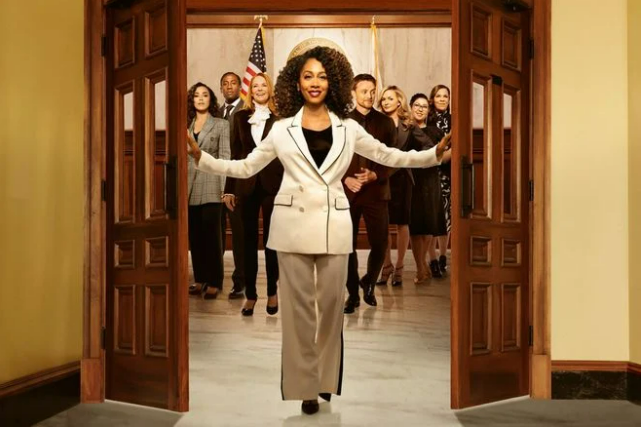 The report card scores each network with a letter grade based on survey responses from over 68,000 viewers across six demographic segments—Asian, Black, Hispanic, LGBTQ+, People with Disabilities and White Non-Hispanic—evaluating 700 titles based on their inclusivity of cultural values, representation and celebrations, pride, respect, identification, authenticity, unbiased, respect, positive role models for each group.

Multicultural representation has been a front-of-mind issue for the media and marketing industry, especially since the rise of movements including Black Lives Matter and Stop Asian Hate over the past years.

As audiences grow to expect on-screen representation beyond stereotypical tropes, the report serves in part to rank networks, streamers and content with the greatest reach among diverse consumers, with top-scored shows upping viewer preference for brands 1.6 times that of those at the bottom, said Carlos Santiago, co-founder of AIMM and partner in Cultural Inclusion Accelerator.

“It is important to advertisers because they are interested in matching highly relevant content with their highly culturally relevant and accurate portrayals in their ads,” Santiago said.

The Cultural Inclusion Accelerator Report Card found that while progress has been made in inclusive programming, it has been slow overall. The report’s entire “A” tier is made up of networks such as Univision, Telemundo and BET, which cater specifically to underrepresented audiences, while many traditional linear channels—CBS, ABC, NBC—lie in the “B” grade. Besides Peacock and Disney+, which reside in the “B” tier, a majority of top streamers including Netflix, Hulu, Paramount+ and Amazon received “C” ratings. The lowest score, “D,” was given to just AppleTV and Showtime.

“The grades give us a sense of how well those networks are curating creators’ content,” said Santiago, specifying that the measure includes upcoming programming and the cultural relevance of current shows. CBS represents a highlight case study from the list. The channel progressed from a “C-” rating in 2021 to a “B+” on the current list.

CBS is an example that “general networks have the ability to really transform themselves to more accurately bring in and embrace all consumers in the U.S.—not only diverse consumers, but all consumers,” Santiago said. While the numbers still aren’t in step with cultural desire for diverse representation, averaging a small increase of 3 points since last spring on average, he said any growth is still a cause for hope, even for the lowest ranking networks.

Santiago noted that AppleTV and Showtime have had successes in representation before, such as “Ted Lasso” and “The L Word,” and to bring up their scores, they should “bring that same sense of very intentional curation of what is available from creators ... They can do it. They've done it before.”

The Cultural Inclusion Accelerator Report Card listed specific shows that ranked highest among individual demographics for cultural relevance. Hulu’s “Killing Eve” ranked highest for Asian audiences, “Abbott Elementary” on ABC for Black viewers and Netflix’s “House of Flowers” among English-speaking Hispanic watchers. LGBTQ+ audiences gave top scores to HBO Max’s “Legendary,” while People with Disabilities chose “Deaf U” on Netflix and White Non-Hispanic people went with “Ghosts” on CBS. The winner among the general population was “All Rise,” which was canceled by CBS after two seasons and will continue on OWN this summer. Despite the small progress from the entertainment industry, Santiago offered a reality check for marketers: “We see more progress in Hollywood than we are seeing among advertisers,” he said. “The fact that at a time when consumers’ expectations are rising, even though we saw just 3 points [growth], that signals that there is progress, that there is movement in the right direction.”