The ads got particularly bad scores when it comes to 'cultural relevance,' especially from Hispanic audiences, according to a new report from the ANA's diversity arm 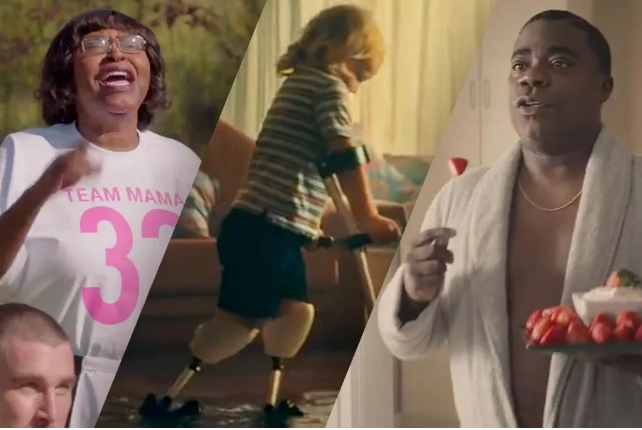 Despite heightened scrutiny on their diversity efforts, brands advertising in the Super Bowl failed to improve on key inclusivity measures, according to a newly released study of the ads.

Forty-five percent of the ads had casts that represented diverse and inclusive audiences, according to the Association of National Advertisers’ Alliance for Inclusive & Multicultural Marketing (AIMM), which is nearly identical to last year's score.

And plenty of brands fell short on a measurement AIMM uses to calculate where brands effectively used cultural insights, especially among Hispanic viewers.

The findings, based on 44 of the 58 ads analyzed by AIMM, suggest little progress has been made in the industry’s push to show a broader range of people in ads. Many marketers have set goals around representation in advertising, a movement that gained more attention following the rise in interest in the Black Lives Matter movement after the death of George Floyd. But these preliminary findings from AIMM suggest many brands have a long way to go in casting and cultural relevance when it comes to the ads they produce for the industry's biggest night.

The results look at representation beyond race. LGBTQ and people with disabilities were largely absent from the spots, representing just 1% of casting, according to AIMM’s tally. (Toyota featured a Paralympian in its ad. Guaranteed Rate’s spot included a blind man.) Black actors account for the majority of diverse representation in the spots, accounting for 29% of all casting in 2021 Super Bowl ads, AIMM reported. The percentage of the U.S. population who identify as Black/African American is 13.4%, according to U.S. Census Bureau data.

Hispanics were cast in 12% of roles, according to AIMM’s early findings, but comprise nearly 19% of the U.S. population. And Asian Americans made up 5.5% of all people cast in the commercials, AIMM data show, nearly in line with the 5.9% share of the population, based on Census Bureau data.

Representation tells only part of the story. The Cultural Insights Impact Measure (CIIM) used by AIMM to study the impact and effectiveness of cultural insights in ads found suggest many spots fell short, particularly with diverse audiences.

AIMM did not share which spots were among the 44 that it had reviewed so far. Advertisers including Amazon, DoorDash and Rocket Mortgage had Black actors and actresses in lead roles. And before the Super Bowl, GLAAD highlighted Michelob Ultra, Logitech, M&M's and ViacomCBS' promo for Paramount+ for strong representation of the LGBTQ+ community in their spots.

AIMM plans to release its full findings at a conference on Wednesday.