Majority of TV Programs Fail to Resonate with Diverse Audiences 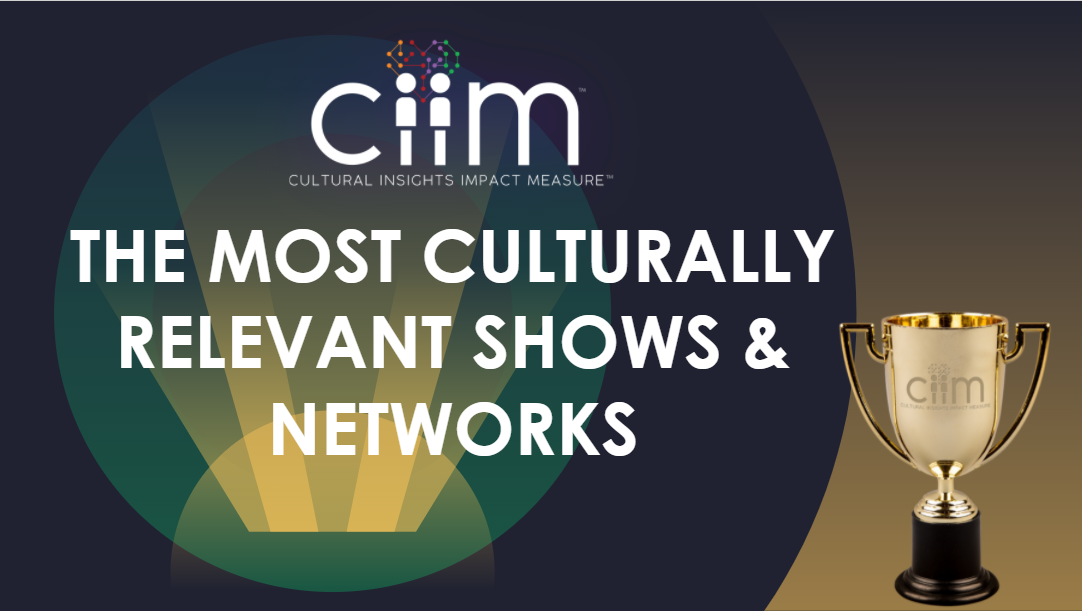 LOS ANGELES, May 13, 2021 /PRNewswire/ -- A majority of TV shows are not relevant to diverse segments of consumers and are, in fact, mostly inclusive and considerate of White, Non-Hispanic viewers, according to a new study by the Cultural Insights Impact Measure (CIIM™) from the ANA's Alliance for Inclusive and Multicultural Marketing (AIMM) and partner company CIIMatters. The AIMM study coincides with television's annual upfront marketplace.

Streaming platforms delivered the majority of effective individual shows. Although, major endemic networks, such as Univision, OWN and BET proved to lead the way when all content was considered. The highest rated general market network was NBC. Top shows in the study included:

"With CIIM™, we're shifting the way in which the entire industry approaches inclusivity and understands its impact on business and society," said Carlos Santiago, AIMM Co-Founder and CIIMatters Partner. "Not only is this the ethical way forward, but it makes great business sense. As network upfronts approach, this analysis provides advertisers with crucial insights needed to maximize the impact of their efforts, while offering networks the opportunity to tailor their content to reach specific viewers and create more valuable advertising space for brands."

More than 250 brands and 150 companies currently use CIIM™ to optimize content relevance impact by exploring the intersection and impact of reach, representation, relevant and ROI. In fact, according to Gail Horwood, Kellogg's Chief Marketing Officer and AIMM Board Member, "in Kellogg's sales attribution tests, consumers perceptions of authentic cultural representation impacted our campaigns' success by 47%. The CIIM tool proved to be so valuable to us that we have integrated it into our marketing process for all creative." AIMM feels that this shift is a direct reflection of society – and its increased cultural diversity.

AIMM continues raising the bar and holding the industry accountable by addressing social inequities and taking action to enact change. It recently published a pledge signed by over 100 marketing executives to support the AAPI community and end hate in all form. And last fall, the organization issued a powerful, star-studded PSA during the primetime Emmy awards to encourage Hollywood to do more to promote authentic cultural representation and celebrate the anniversary of its #SeeALL campaign tied to this mission. The spot was supported by an industry letter stating that, moving forward, marketers would evaluate the inclusion and fair representation of segments before allocating media dollars to shows and networks.

"For too long marketers and the entertainment industry have overlooked the power of accurate cultural reflections," said Bob Liodice, CEO of the ANA. "CIIM™ has the power to be a catalyst for societal change, encouraging the entertainment and ad industries to deliver fair representation and diverse portrayals on the screen so that they can better reflect those in front of the screen."

New findings and ongoing CIIM™ research provide advertisers and networks with benchmarking tools to evaluate how effective their content accurately portrays and resonates with diverse audiences. Recent CIIM™ studies demonstrate, fair representation matters to consumers, with nearly 1-in-3 viewers preferring a brand shown in an advertisement or alongside entertainment programming that accurately portrays culture.

The full rankings include:

To learn more about AIMM and CIIM™, or join us for an upcoming webinar on CIIM results for programs on May 24th, 11am-12pm PT, visit https://www.anaaimm.net.

About the Alliance for Inclusive and Multicultural Marketing (AIMM)
ANA's Alliance for Inclusive and Multicultural Marketing (AIMM) was established in 2016 to provide corporations with viable solutions for growth by addressing opportunities in Multicultural and Inclusive marketing. AIMM comprises senior-level advertisers, media/publishers, research and data companies, agencies and trade organizations, to spotlight the missed growth potential in General, Hispanic, African American, Asian-American and LGBTQ markets. This extraordinary working group of industry leaders is transforming the way multicultural and inclusive marketing is seen and understood via an industry-wide reboot – the largest ever in this space. Beyond simply identifying where growth potential lies, AIMM shows its members (and the industry) how to best maximize this potential towards positive bottom-line impact. AIMM is the leading authority in the space.

About the Association of National Advertisers (ANA)
The ANA (Association of National Advertisers)'s mission is to drive growth for marketing professionals, for brands and businesses, and for the industry. Growth is foundational for all participants in the ecosystem. The ANA seeks to align those interests by leveraging the 12-point ANA Growth Agenda, which has been endorsed and embraced by the ANA Board of Directors and the Global CMO Growth Council. The ANA's membership consists of 1,400-plus domestic and international companies, including more than 900 client-side marketers and nonprofit fundraisers and 500 marketing solutions providers (data science and technology companies, ad agencies, publishers, media companies, suppliers, and vendors). Collectively, ANA member companies represent 20,000 brands, engage 50,000 industry professionals, and invest more than $400 billion in marketing and advertising annually.